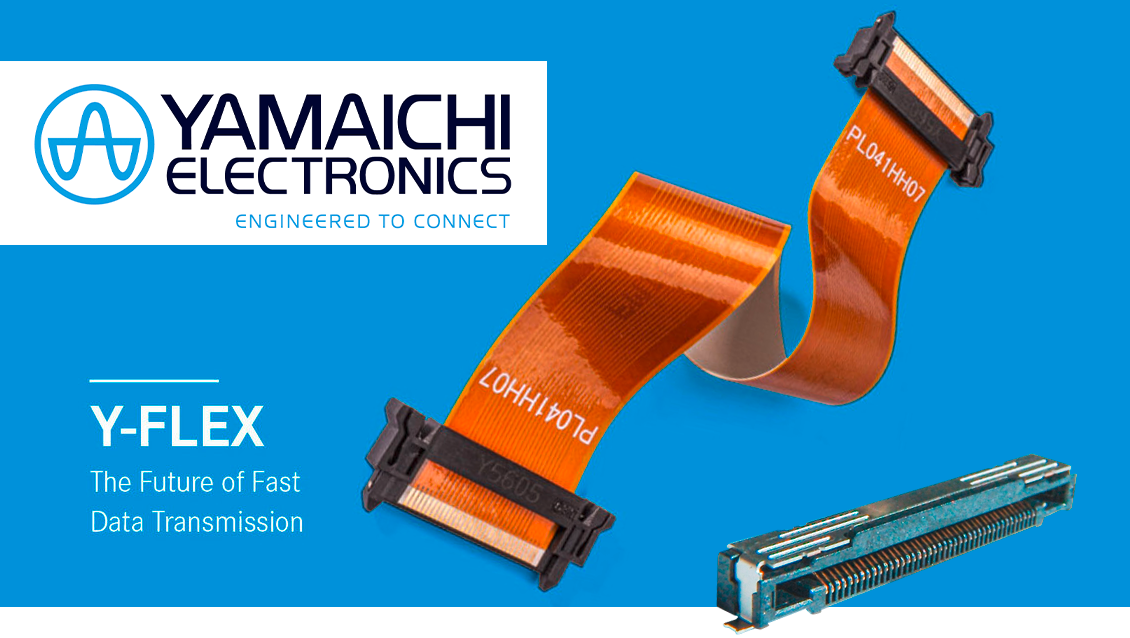 The future of fast data transmission

Conventional technologies such as Flexible Flat Cables and Flexible Printed Circuits (FFC/FPC) or micro-coaxial cables cannot cope with requirements for extremely high reliability and continuously increasing data transmission rates between internal printed circuit boards. The Y-FLEX technology of Yamaichi Electronics solves this problem.
The suitability of the Y-FLEX cable for high data transmission rates is realised with characteristics such as LCP (Liquid Crystal Polymer) as base material, the contacting of various layers with so-called silver bumps and the special, 100 percent reproducible production process. In order to achieve particularly high transmission speeds, it is important to match the Y-FLEX specifically to the appropriate FFC/FPC connector. 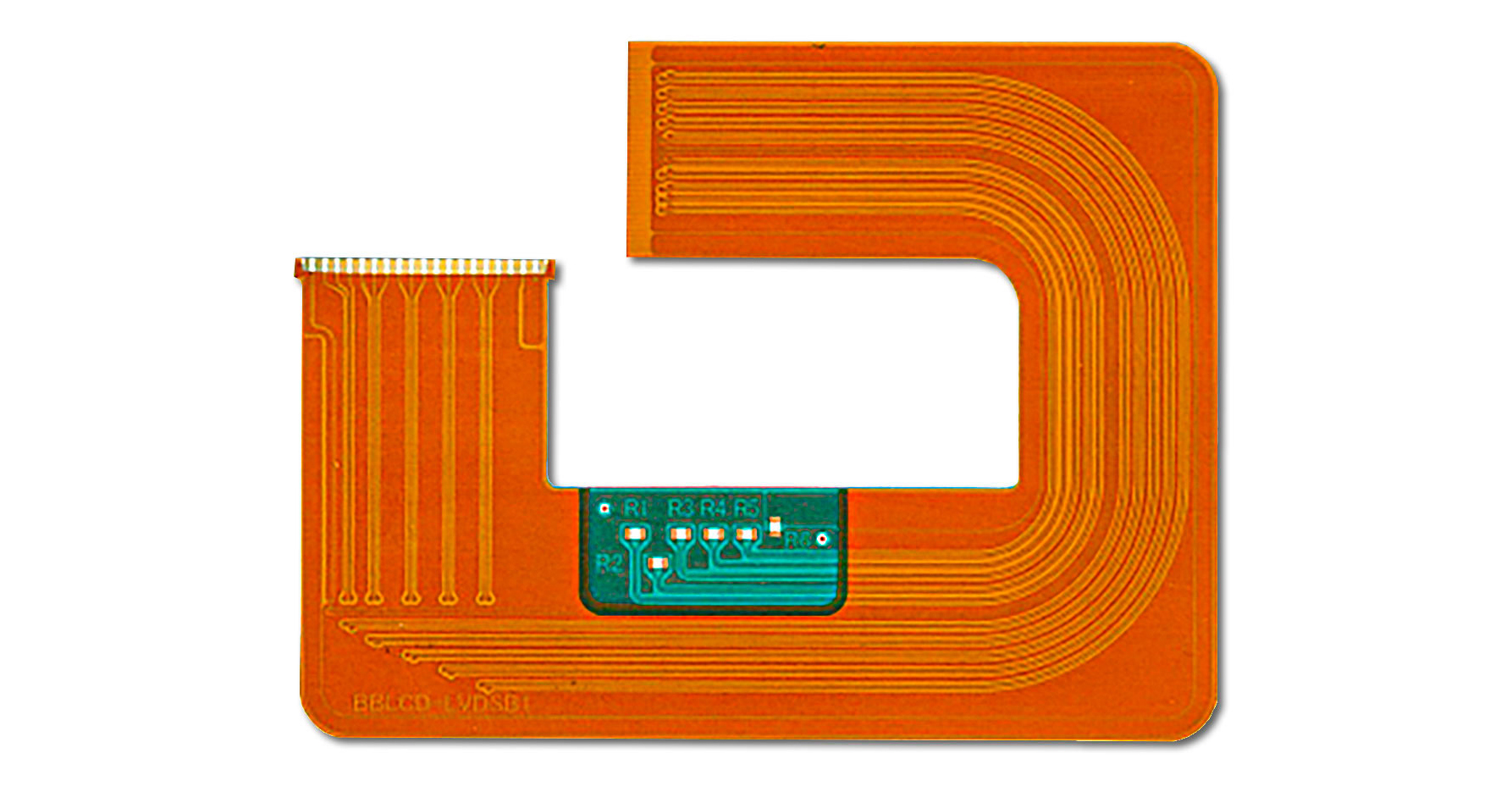 Connector technology
In principle, the Y-FLEX mating face can be adapted to any standard ZIF, non-ZIF or LIF connector. However, specially developed high-speed ZIF or non-ZIF connectors such as the HF507 series from Yamaichi are the most suitable for achieving optimal performance.

The biggest difference between Y-FLEX and standard FPCs lies in the insulation material. Compared with the standard polyimides used in conventional FPCs, the LCP insulation material in the Y-FLEX exhibits a much lower dielectric constant εr and a much lower dissipation factor tan δ at high frequencies. As a result, attenuation is much lower, and the data transmission rates are much higher than in standard FPCs. Moreover, LCP has superior hygroscopic properties compared with those of standard polyimide.
This makes processing easier and allows trace spaces and widths of less than 30 µm to be realised with exceptionally high accuracy. Use in high relative humidity conditions is also much more stable.

Transfer standards such as PCIe Gen 4 (16 GT/s), USB 3.2 Gen 2 (10 Gbps) or eDP HBR 3 (8.1 Gbps) can be reached without any problems with Y-FLEX. In the latest measurements performed on the current Y-FLEX generation, data rates of 56 Gbps (PAM4) were even realised over a cable length of 100 mm. Owing to the described manufacturing process (above all the precision etching and use of the LCP material as an insulator), the Y-FLEX has one very decisive advantage: it is 100 percent reproducible.
This means that all conductive traces are completely identical and thus achieve unprecedented constant transmission characteristics over their entire lengths. In contrast, in a coaxial cable, the relationship between inner and outer conductors differs along the cable due to the braid structure. An even more decisive influencing factor is the assembly of the individual coaxial conductors on the connector at the end of the line. There may be length and thus signal runtime differences in individual lines here. 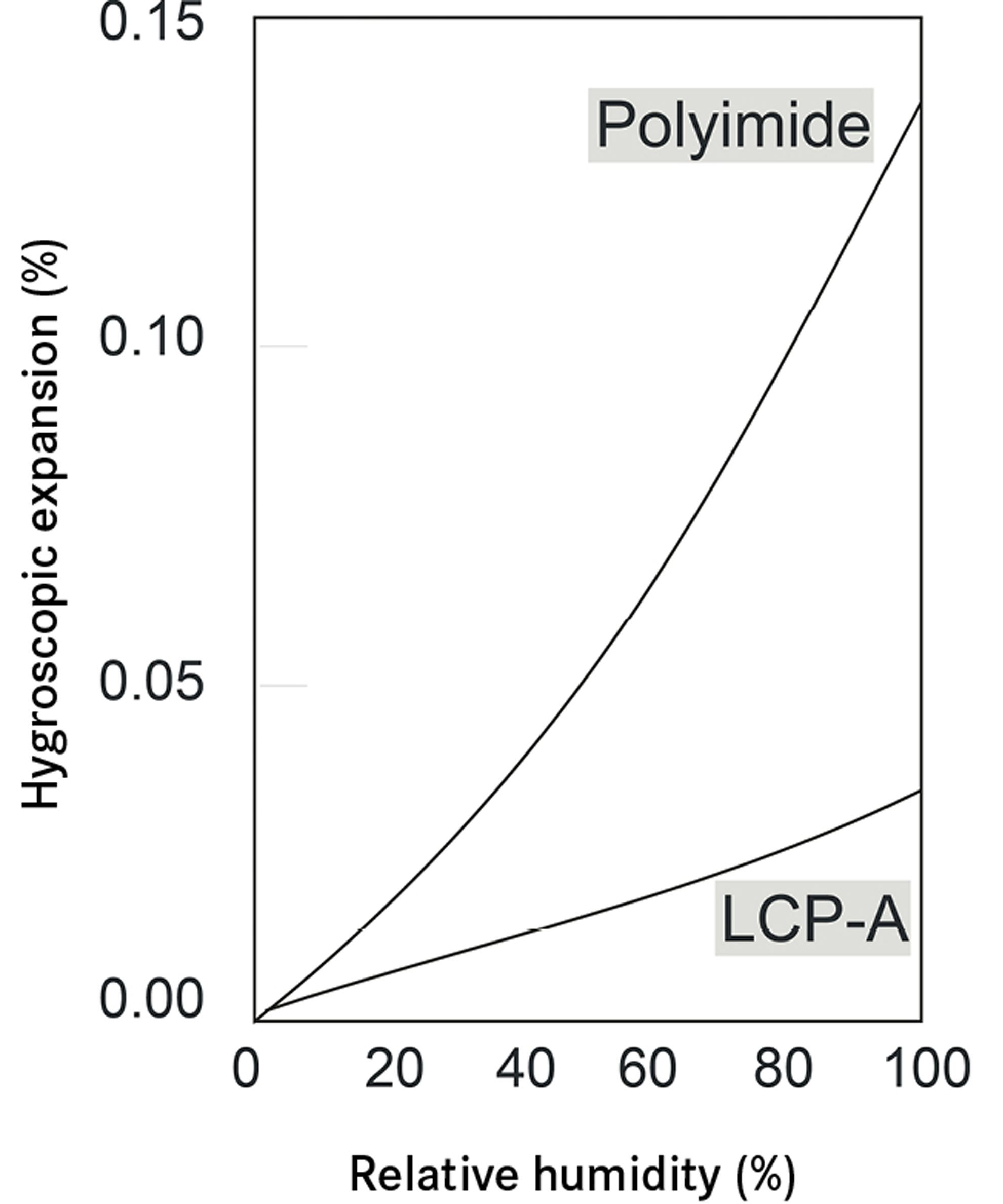 Hygroscopic properties of LCP and standard‑polyimide

A leading manufacturer of mobile communications and high-frequency measurement technology recognised the outstanding technology of Y-FLEX several years ago and now uses it in a variety of projects, e. g. in 5G testers and body scanners. In addition to measurement technology, Y-FLEX is used, for example, in autonomous vehicles, data networking, image processing and medical technology. ▪ ds 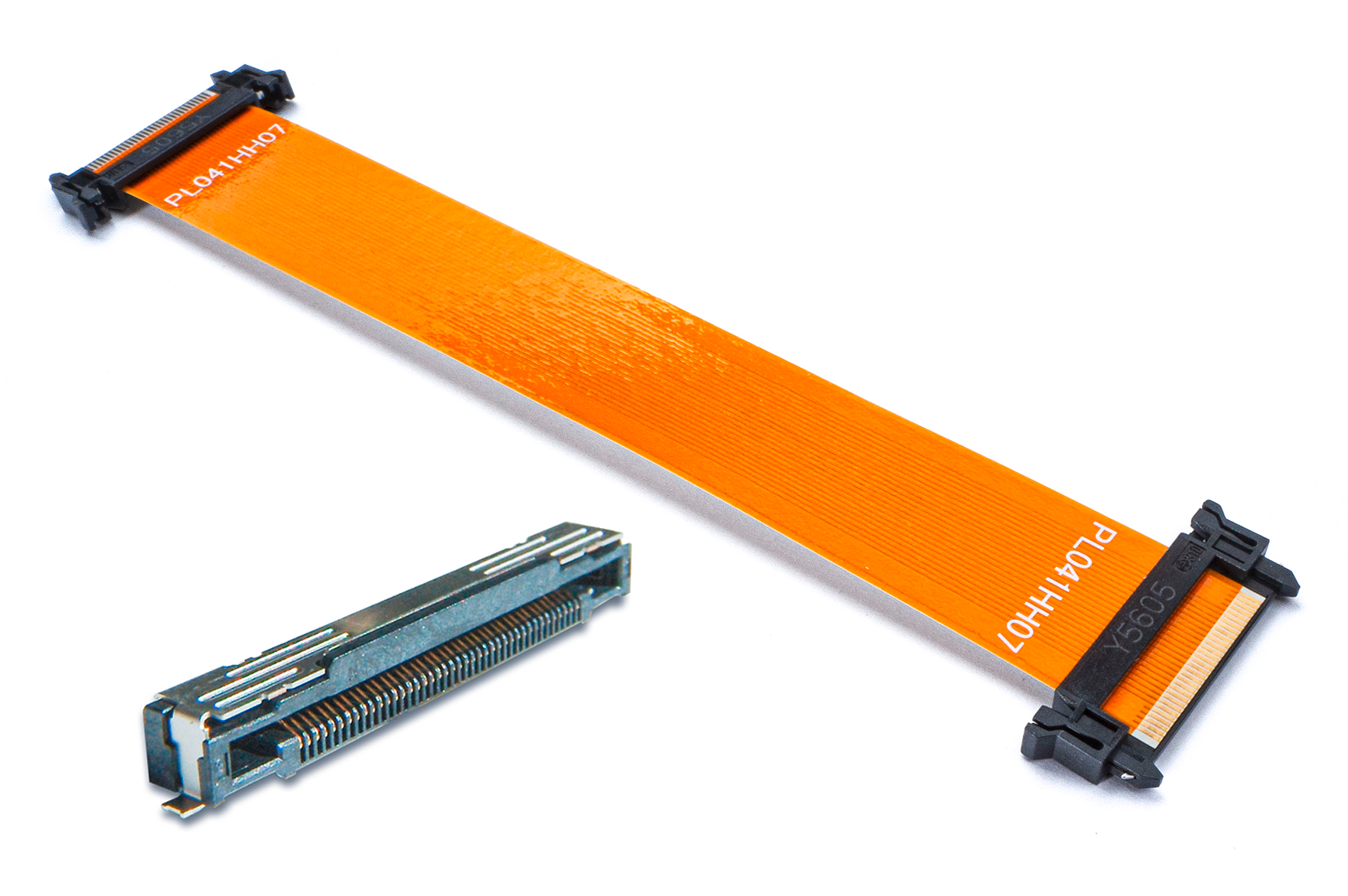