Fans for cooling of devices

Many devices with electronic components are becoming more powerful and have an increasingly high packing density. Convection cooling is the most common and cheapest method of dissipating heat. When passive cooling is no longer sufficient, forced ventilation becomes necessary – for example with two new fans from Dynetics. 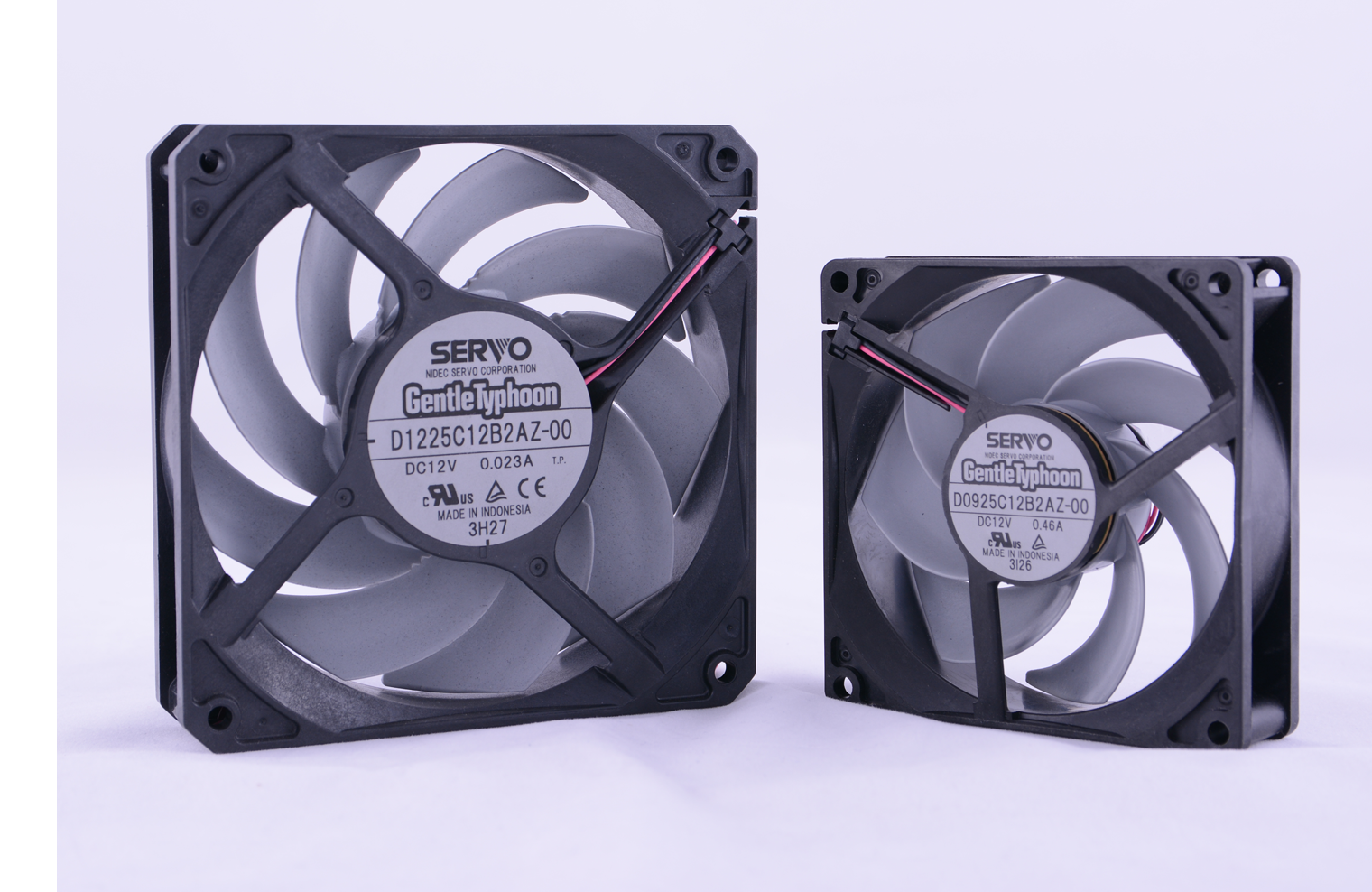 The "Gentle Typhoon" fan is 5 dB quieter than conventional fans

Structure of the Gentle-Typhoon fans

The often increased heat generation of electronic components requires more powerful fans, which, however, should always be quieter. To meet these requirements, the manufacturer Nidec (distributed by Dynetics) supplies innovative fans with flow-optimised blades and consistent vibration reduction of the motor.

Origin of noise generated in the fan

Noise is often generated by a combination of different conditions, for example the airflow and the commutation from the motor. Nidec Servo’s measures to eliminate or at least reduce airflow noise are based on extensive analyses today and are technically not a problem.
However, it is difficult to satisfy the users who feel disturbed by the noise emitted by the fans, which can usually be traced back to the fan motor.
This is often triggered by noises with frequencies of up to 1000 Hz. The disruptive frequencies are specifically avoided by the new concept based on the blade-shaped fans and reduction of the resonance noise of the motors used. The fan's brushless DC motor relies on a patented double damping unit, which also prevents the vibrations produced by the fan. The result is a vibration reduction of approximately 66 percent compared to conventional fans. The Gentle Typhoon fan is thus 5 dB quieter than conventional fans and offers the same air performance as a conventional 32 mm fan at an installation depth of 25 mm. The 7 mm saved allows the designer to reduce the air resistance of the entire unit, thus increasing airflow and improving cooling efficiency.
Thanks to its driver ICs, the new high-efficiency brushless motor offers an energy-saving potential of approximately 30 percent. On customer request, these fans can also be equipped with speed sensors. In the event of problems, the fan is disconnected from the power supply to optimise the use of the unit and its service life. Other parameters also play an important role in the optimal selection of suitable fans.
Nidec also supplies centrifugal fans with the same efficient motors with integrated damping. The available space, size, geometry and air flow are decisive in determining whether axial or centrifugal fans are used optimally.