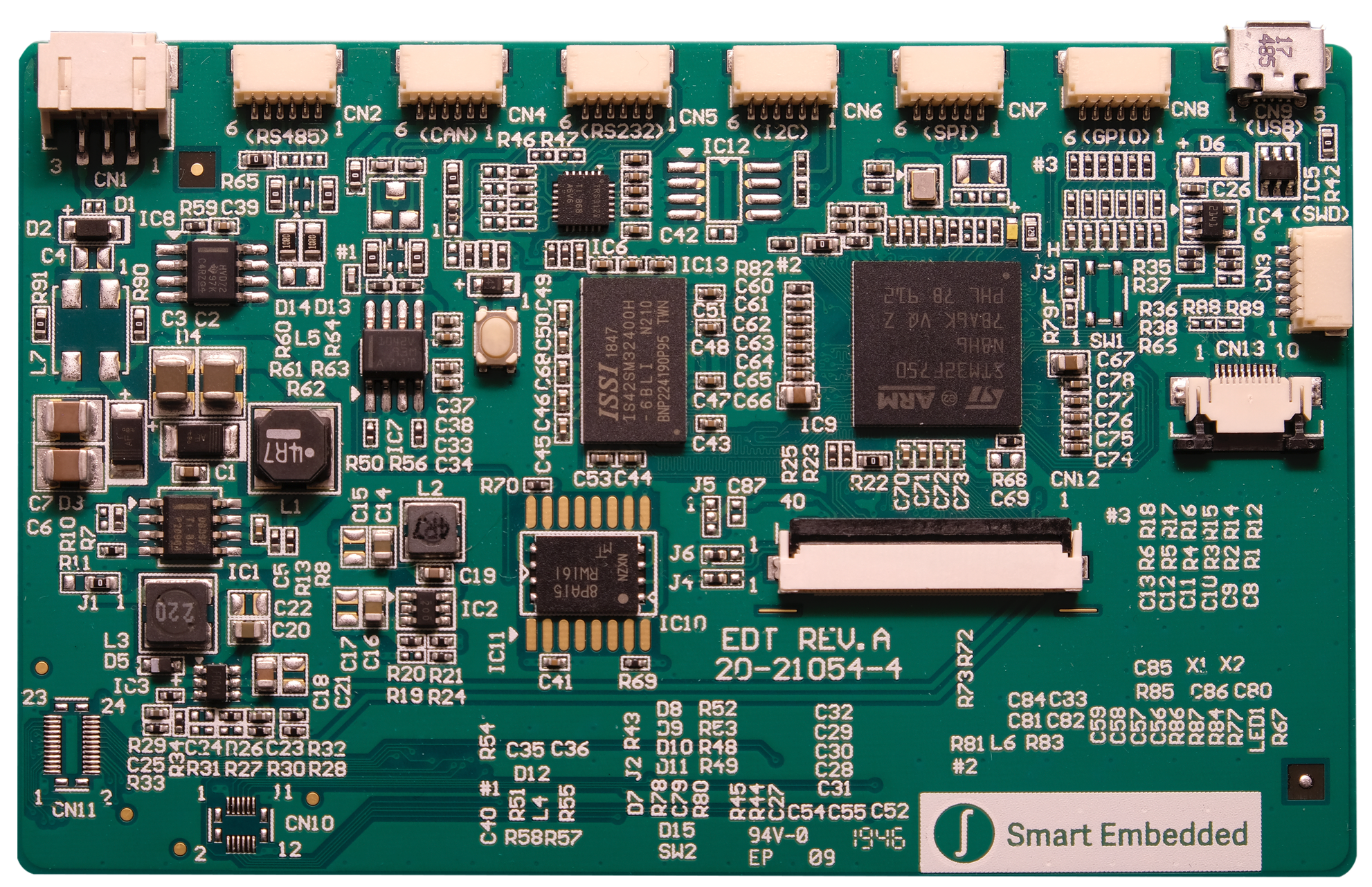 Standard board for Smart Embedded Displays

An example of a customised board
The following additional add-on modules are available: Bluetooth & SD card, proximity sensor and light sensor, 3D acceleration sensor (gyroscope), MEMS pressure sensor, NFC interface chip, WiFi add-on (optional LoRa), RFID sensor, AD/DA converter and application board with relays, buttons and LEDs. If larger quantities of the smart embedded product are planned, customised boards are offered by DMB Technics. These are optimised and redesigned for the application-specific features to achieve an excellent cost/performance structure. Of course, specific TFT modules and touch systems can also be used. These include, for example, modules with a high brightness (sunlight readable) or a touch panel with water wetting for outdoor applications.
DMB Technics guides its customers through the entire development process.
The display specialist's extensive know-how enables customised products that are optimally adapted to the respective application. ▪ ds 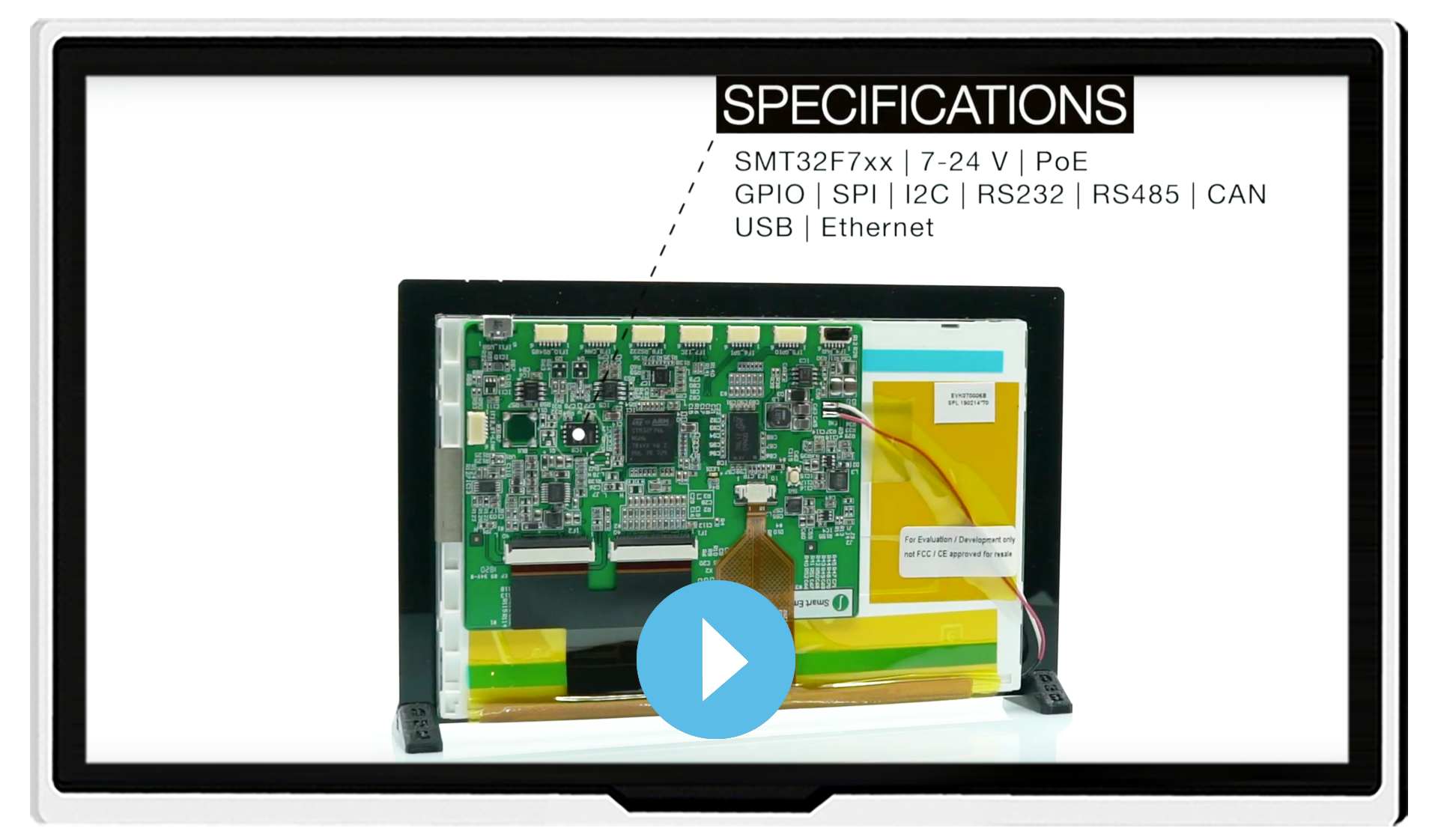 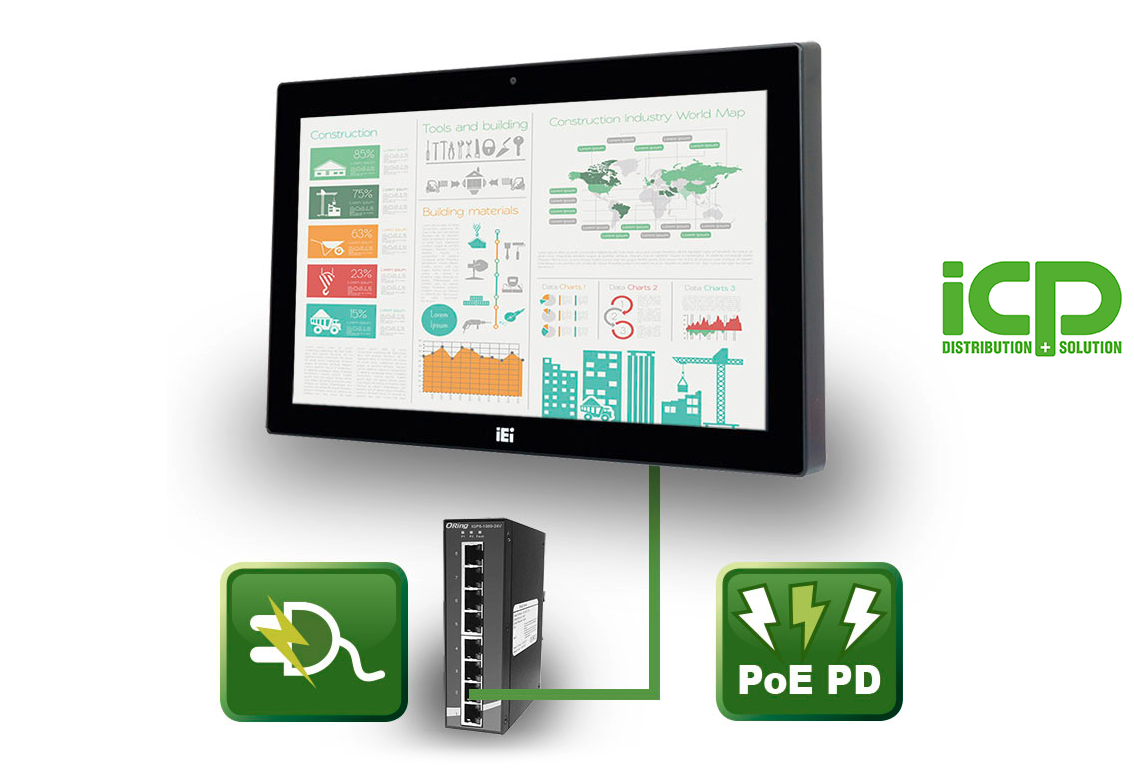 With the new interactive All-in-One PC AFL3-W07-AL2 ICP Germany extends its portfolio of compact PoE capable PCAP touch PCs for industrial use as operating and display unit.
In addition to the previous model AFL3-W07-AL, the new variant AFL3-W07A-AL2 is now available with an adapted interface range. Common to both is the Intel® Celeron® N3350 processor from the Apollo Lake series, with up to 2.4 GHz clock frequency, as well as 4 GB DDR3L RAM ex works, which can be expanded to up to 8 GB.
The display installed in both variants with IP65 front protection offers a 16:9 aspect ratio with a resolution of 1024 x 600 pixels. The brightness is 500 cd/m2 with a contrast ratio of 700:1. Both All-in-One PCs are equipped with a 10-point PCAP touch and offer a UV protection as well as a reflection reducing coating as a special feature.

The AFL3-W07A-AL2 offers an M.2 2242 B+M key slot for solid state storage media, as well as a Gigabit Ethernet, two USB 3.2 with 5 GB/sec, a serial RS-232/422/485 interface and an additional HDMI port for expanding the image output. WLAN according to IEEE802.11 a/b/ag/n/ac as well as Bluetooth V4.1 are integrated for wireless communication. As another special feature, the AFL3-W07-AL2 can be used as a PoE powered device. In addition to the 12 Volt DC connection, the AFL3-W07A-AL2 supports PoE in the IEEE802.3 af/at version. Using the VESA mounting option, the AFL3-W07A-AL2 can be mounted on a wall, stand or via an optional kit in a hole cutout. The All-in-One PCs are designed for fanless operation in a temperature range of -20 °C to 50 °C. On request, ICP supplies the AFL3-W07A-AL2 pre-installed and pre-parameterized with industrial storage media and operating system as a ready-to-use system. ▪ ds