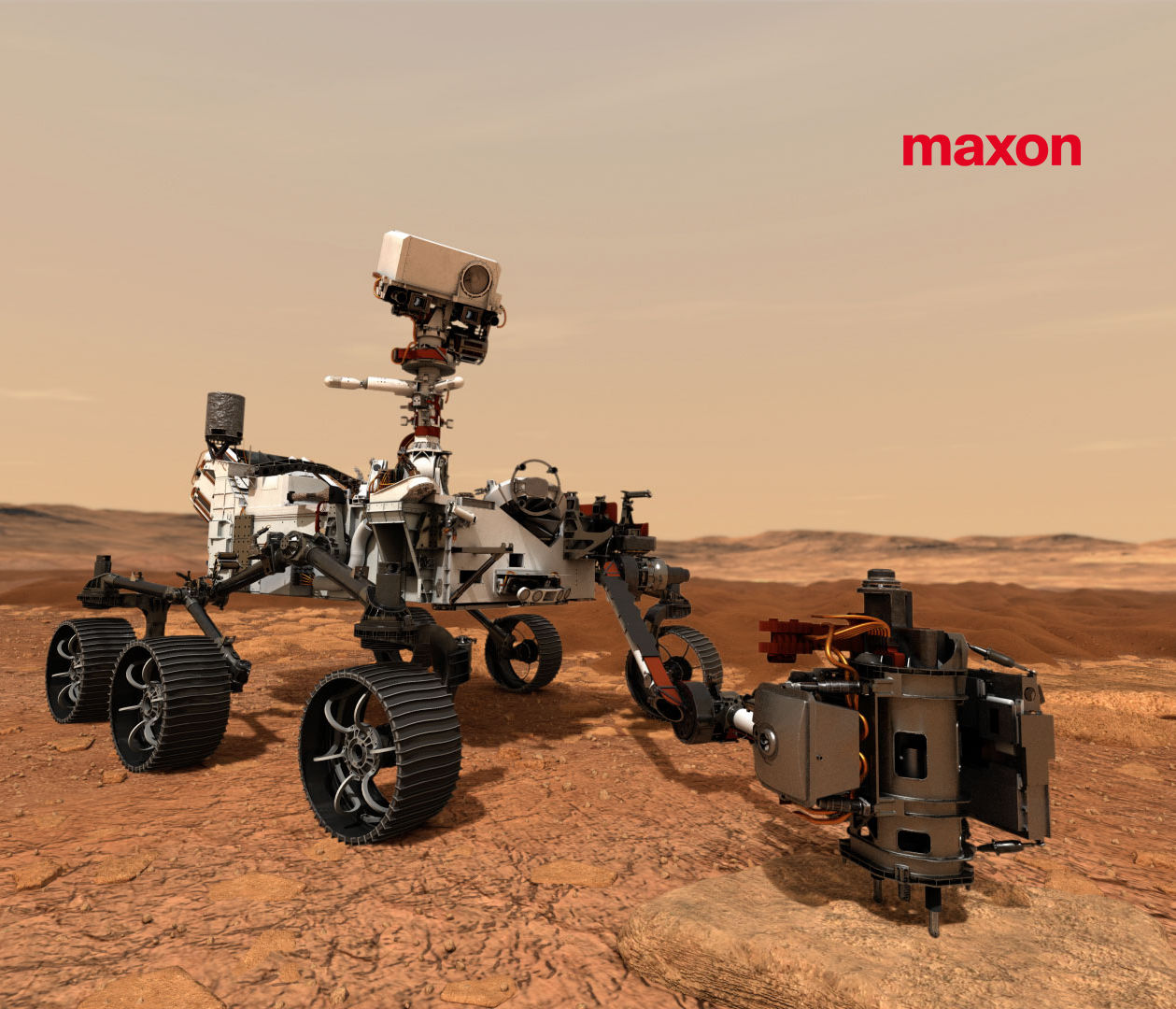 NASA’s fifth rover is on the way to Mars. Its main mission is to collect soil samples that will be analysed on Earth later. The rover will also carry a helicopter that will perform the first flights on the Red Planet. maxon's precision DC and BLDC motors will be used for numerous mission-critical tasks.

Drive Technology
maxon's drive systems are omnipresent on Mars. Electric motors from Switzerland have been used in virtually every successful robotic mission over the last three decades. There are now more than 100 of them on the Red Planet and there are likely to be more soon.
On July 30, an Atlas V rocket launched the new Perseverance rover on its way to Mars, where it will seek signs of former life on the planet. However, its most important job is to take multiple soil samples, seal them in containers and deposit them on the surface of Mars so that a future mission can return them to Earth. Several maxon motors will be used to handle the samples inside the rover. For example, maxon DC motors are installed in the robotic arm, which moves the samples from station to station. maxon motors will also be used for sealing and depositing the sample containers.
NASA's Jet Propulsion Laboratory (JPL), which is carrying out the mission, has contracted maxon to produce ten drives for the rover. As with almost all previous Mars missions, these drives are based on standard products from maxon's catalogue but have been modified. For the first time, NASA chose brushless DC motors: nine EC 32 flat and one EC 20 flat in combination with a GP 22 UP planetary gearhead. Working closely with JPL specialists, maxon engineers developed the drives over several years and tested them thoroughly to achieve the highest standards of quality. "We've learned a lot from this exciting project," says Robin Phillips, head of the maxon SpaceLab. "We now have very broad expertise in space applications and have established quality assurance processes that meet the expectations of the industry. Customers from other industries such as the medical sector, where requirements are often similar, also benefit from this know-how."
Space missions place the highest demands on drive systems. These include vibrations during the rocket launch, vacuum during the journey, impacts on landing, and harsh conditions on the surface of Mars, where temperatures fluctuate between -125 and +20 degrees Celsius and dust penetrates everywhere. 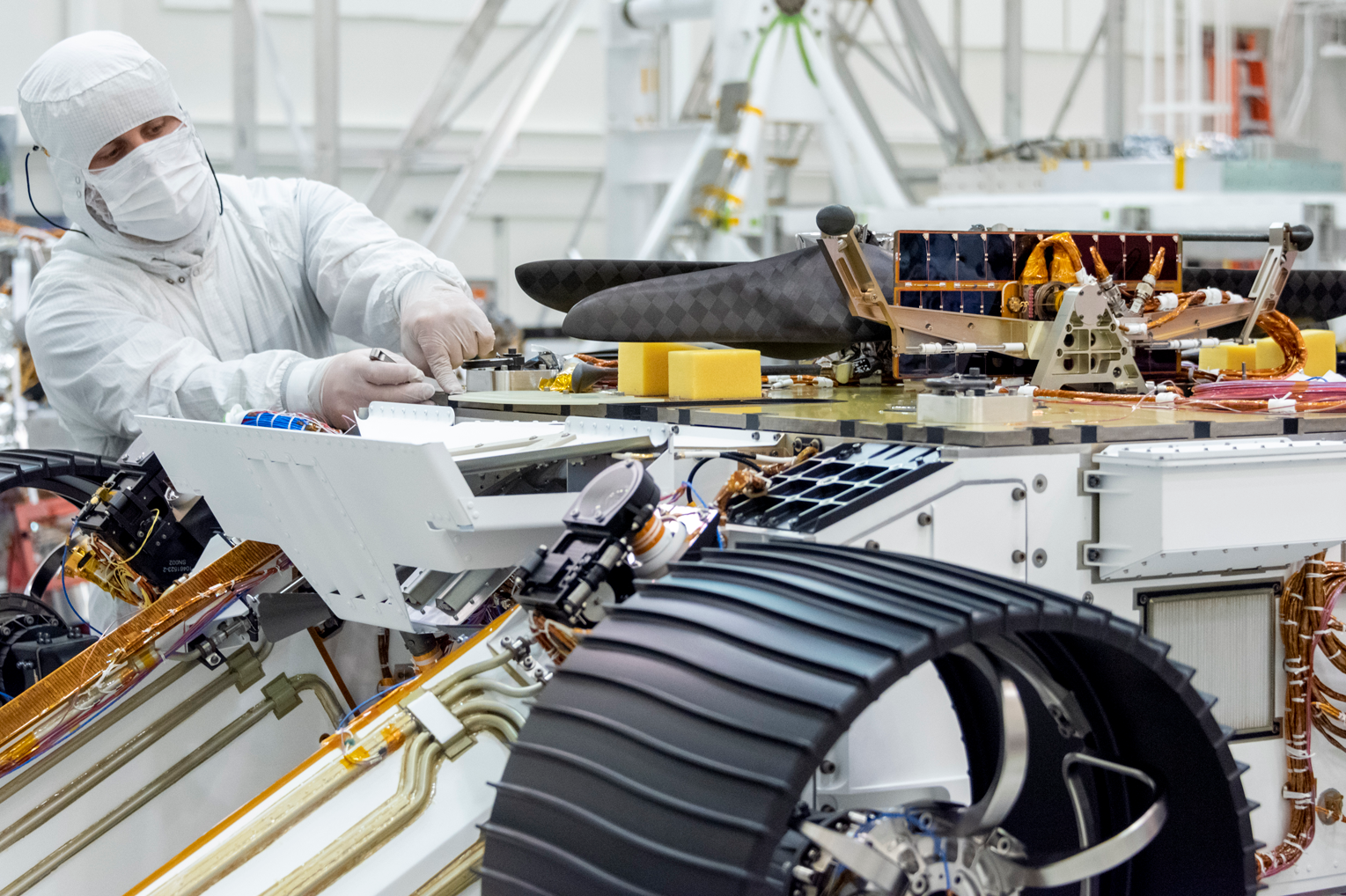